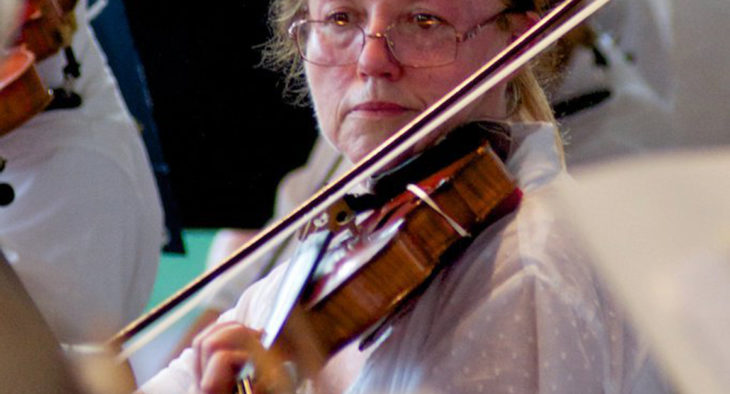 We are thrilled to welcome these talented individuals. Their unique backgrounds, diverse experience plus long standing connections to the orchestra will make them a great asset to our organization.

Haferkamp holds degrees from University of Evansville and SIUE in music and education. She retired from Hazelwood Schools in 2002, but continued teaching at Lutheran North High School and the Collegiate School for Medicine and Bioscience, a St. Louis magnet school. She was adjunct professor of music at Webster University, St. Charles Community College and Lewis and Clark Community College. For the Gateway she created the program “Developing the Active Listener,” designed for all ages but primarily used to reach underserved populations in the region. She has been conductor and music director of the Alton Youth Symphony for middle school children and the Lionsgate Orchestra for adults.

A professional musician playing violin and viola since age 17, her first job was with the Gateway Festival Orchestra under music director William Schatzkamer. At the time concerts were on a barge on the Mississippi River under the Gateway Arch. The experience profoundly impacted her vision of what it means to be a professional musician. In her music career she has had the opportunity to work with great artists from Pavarotti to Smokey Robinson, Ray Charles to Led Zeppelin. She performed Lincoln Portrait under the baton of Aaron Copland and played in an orchestra performing The Rite of Spring choreographed by Rudolf Nureyev.

In pursuit of her passion to ensure accessibility of great music to all ages, she looks forward to leading the Gateway Festival Orchestra through this challenging time. “We must rethink how to reach our audience and continue to fulfill our mission of bringing quality symphonic and chamber music to the St. Louis community through free public concerts.”

Susan Allen-Warren began listening to the orchestra as a toddler on a picnic blanket. “When I see young people dancing and conducting the orchestra from their seats on the lawn I wonder which instruments they will be inspired to play when they’re old enough to join their elementary school music program.” Growing up in a musical family meant Willie Schatzkamer and Henry Loew were household names, childhood heroes, and included oboe lessons with a teenager named Cathy Woelbling. Being able to support the orchestra now, as a retired adult, is a joy of living in a great city like Saint Louis, where the arts are made available to all community members, not limited to the privileged upper class. “As a retired clinical social worker I am acutely aware of the need for musical experiences. It is the balm we crave in these troubled times of social isolation and stress caused by the pandemic.”

David Gill is a life-long musician who comes from a musical family. Former director of The Chapel, a local arts venue, Gill has a zeal for and devotion to the arts in his hometown of St. Louis. He periodically writes orchestrations played by the St. Louis Symphony Orchestra when accompanying the In Unison Chorus under the direction of Kevin McBeth. He also sings as a volunteer in the Bach Society and is a former saxophonist with the Compton Heights Concert Band. In his spare time, he collects silent films and has scored three films himself: The Pride of Palomar (1922), Emerald of the East (1929), and Four Square Steve (1926), the latter of which is a very early screen appearance of Fay Wray.

Steve Wamsley received his Bachelor of Music degree in Viola Performance from the University of Southern California. Growing up in Irvine, California, music has been in Steve’s life from childhood as he started violin with the Suzuki program at age 7 and quickly switched to viola. He also learned computer programming at a very early age, as well. Steve currently works as a full-time web developer for SensrTrx, a St. Louis startup. When not working behind a computer screen, Steve works as a freelance violist with the Gateway Festival Orchestra, St. Louis Philharmonic Orchestra, and the Landolfi String Quartet and is an aspiring media composer participating in several film scoring competitions. Steve has been the webmaster for the GFO web site since 2012.